Lincoln Parks & Recreation Department and Lincoln Parks Foundation recognizes how important the Irvingdale-Stransky-Rudge Parks Corridor is to surrounding neighborhoods. We appreciate your patience as we have navigated this process and are thrilled to share significant progress has been made (and much more is coming!).

Many neighbors will remember a master plan was developed for the three-park corridor of Irvingdale, Stransky, and Rudge Parks in 2016-2017. With financial support from many neighborhood associations, Lincoln Parks & Recreation, and Lincoln Parks Foundation, designers from Big Muddy Workshop created a master plan that encompassed many improvements throughout all three parks, emphasizing the usability, safety, and experience in these parks.

Fundraising Journey
Since then, Lincoln Parks & Recreation and Lincoln Parks Foundation have worked on a funding strategy for the master plan. In August 2018, an application for significant federal funding was submitted to nationally competitive grant programs for urban parks within the National Parks Service. The application required evidence of 1:1 matching of the federal dollars. Thanks to the generosity of many neighbors and support from the City, the match was achieved. Unfortunately, the project was not selected for funding.

In September 2020, Lincoln Parks & Recreation Department learned of and applied for a state- level grant for the project. While the funding available was not as much as our previous application, it would allow us to complete a significant portion of the master plan. As with many government programs, the pandemic delayed action and notice on this application. However, patience has been the “name of the game” on this project. And, after a long wait, we are thrilled to report that the project was selected for funding! FINALLY!

Project Scope
Olsson has been hired by Lincoln Parks & Recreation to provide engineering services needed in development of the construction documents. Work has begun in earnest, as Olsson has completed the topographic survey of the parks and provided a preliminary set of plans for park improvements that is under staff review. Combining the grant with the previously secured private dollars and municipal dollars, we will be able to include the following components in the renovation:

Stransky Park
While the master plan called for several changes to Stransky Park, due to limited funding, there will be no improvements made in this area as part of the current project.

Timeline
Once all plans are finalized, the project will be advertised for bid. Most likely construction will not begin until spring 2023.

Here are some common questions we have received from neighbors about the project.

What about the civil defense shelter in Irvingdale Park? Will it be removed and turned into a soccer field?

At this time, no. Demolition of the civil defense shelter is both financially and logistically challenging. Preliminary estimates to dismantle and remove the shelter exceed $1,000,000, which is well over funding we have available for the project. Logistically, it is also a place of significant off-season storage for the Department. There is currently not a location identified that could house equipment in the off-season, so maintaining this space is critical. It should be noted that the Department will likely be replacing the roof on the shelter with some expediency as we currently face significant leaking inside the facility.

Will we lose parking stalls at Irvingdale with the new configuration?

No, reconfiguration of the parking lot will provide easier access to park amenities and better facilitate pool drop off/pickup traffic while continuing to offer approximately the same number of parking stalls in a more organized fashion.

Why are no improvements included for the area around Stransky Park?

As many neighbors will recognize, Stransky Park has been the recipient of a great deal ofsupport and enhancement over the years, thanks in large part to generosity of the Leonard & Angeleen Stransky and the Trust that bears their name. When the team was considering improvements that could be funded with the limited funding currently available, it was decided to focus on Irvingdale and Rudge Parks.

Will the playgrounds at each park be different?

Will there be a lighted pedestrian crossing across 17th Street at Harrison?

At this time, no. The average daily volume of vehicles traveling 17th Street between Harrison and Lake Streets and the number of pedestrians crossing 17th Street at this location do not warranty the installation of a signalized crossing. Lincoln Traffic and Utilities periodically updates these traffic counts and will adjust should the number of pedestrian/vehicle conflicts warranty such action.

The channel through Irvingdale and Rudge Parks seems overgrown and at times unsightly. Will something be done about this? 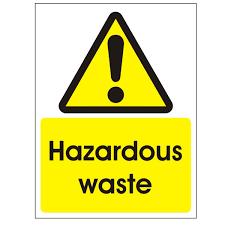 The Health Department now has a Hazardous Materials Collection Center (HMCC) at 5101 N. 48th Street.  This HMCC is open on Wednesdays and the third Saturday each month from 9:00 a.m. – 1:00 p.m.  For more information on hazardous waste accepted click on this link HMCC or  call 402-441-8021.